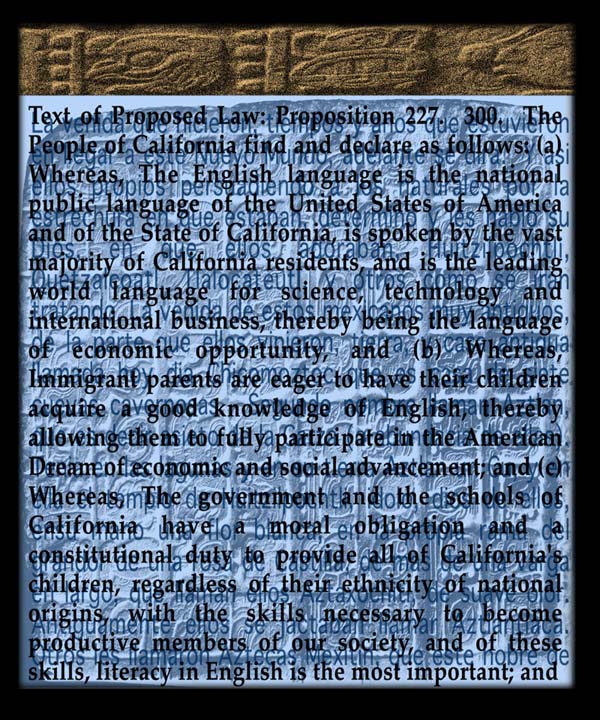 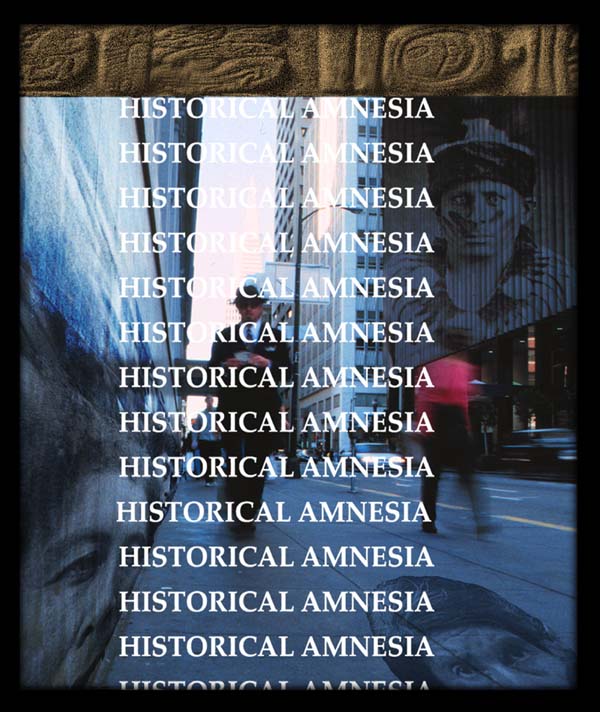 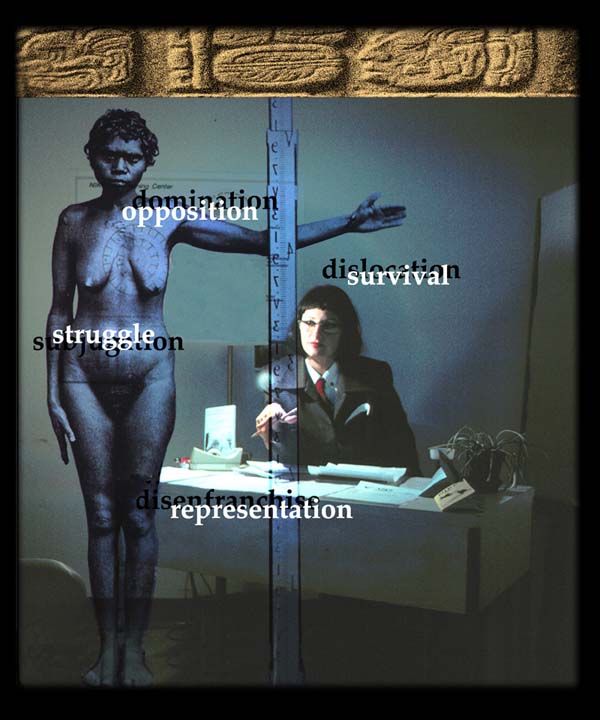 The Digital Mural Project is a series of 10’x24′ computer-generated murals displayed at the Galeria de la Raza in San Francisco between 1998 and 2001. On the corner of 24th and Bryant streets, the site stands as a reclaimed advertising space that has been the host of temporary murals done by Latina/o artists since 1973. John Jota Leaños curated and was a participating artist in the digital mural series that presented artwork of themes ranging from gentrification to critiques of technological mythologies.

With the emergence of digital technology, Xicano muralism has begun to fuse with photographic and advertising aesthetics. This transformation of the medium, however, is kept within a rich mural tradition of cultural resistance.

The Digital Mural, “Los restos coloniales se manifiestan en el olvido,” deals with the new ways in which colonialism manifests itself through the control of language (i.e. anti-bilingual education legislation in California), space (architecture and urban planning) and image (the photographic objectification of the body). These strategies serve to promote historical amnesia and tend cover up the complexities of the social fabric. The image of the “Oppositional Panel” depicts a female aborigine, as the subject of the colonial photometric system, juxtaposed against an image of a corporate woman, as part of the capitalist power structure. This juxtaposition brings to the forefront a series of questions regarding various issues including the subjugation of the female image via the photograph and power, control and complicity in image making

Ese, The Last Mexican in the Mission