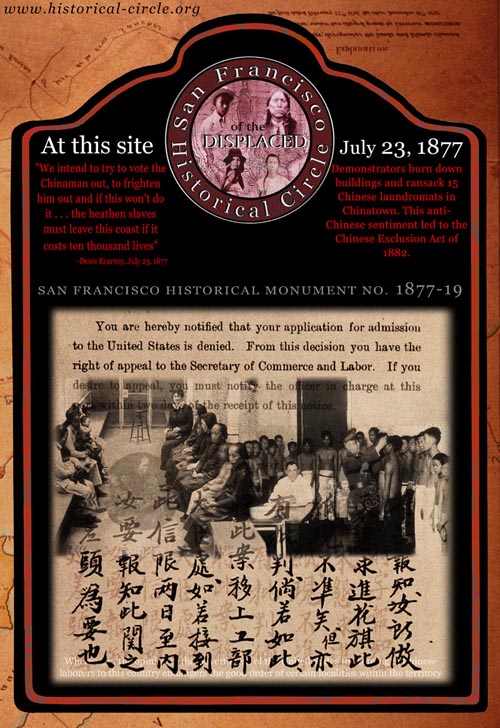 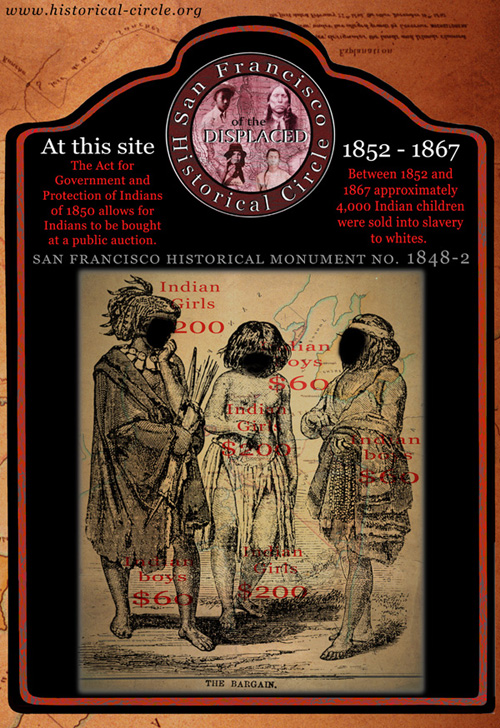 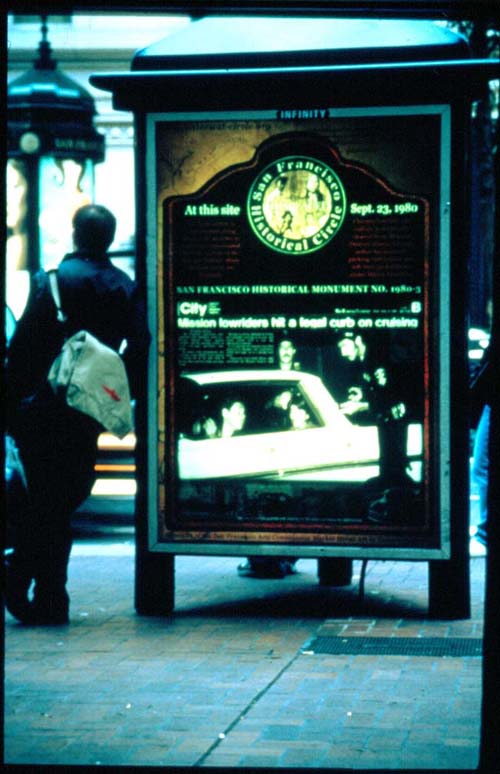 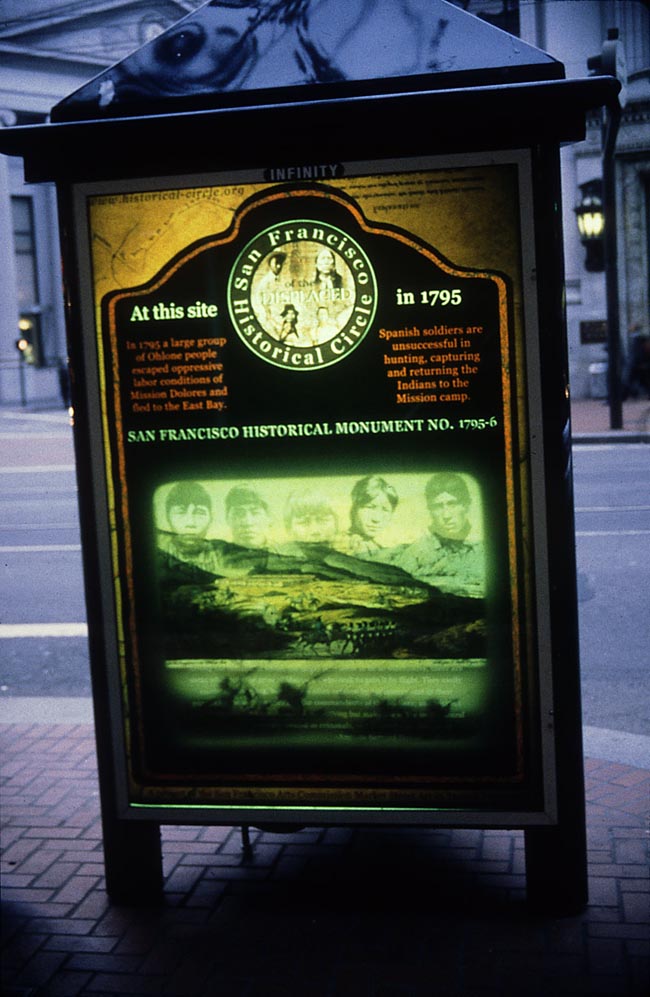 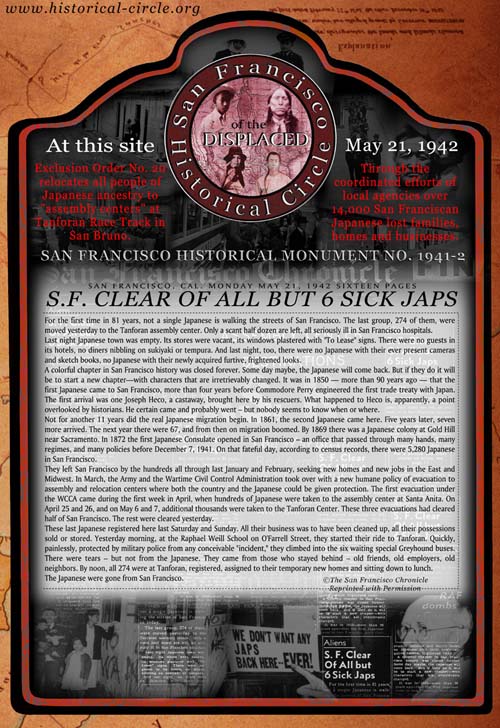 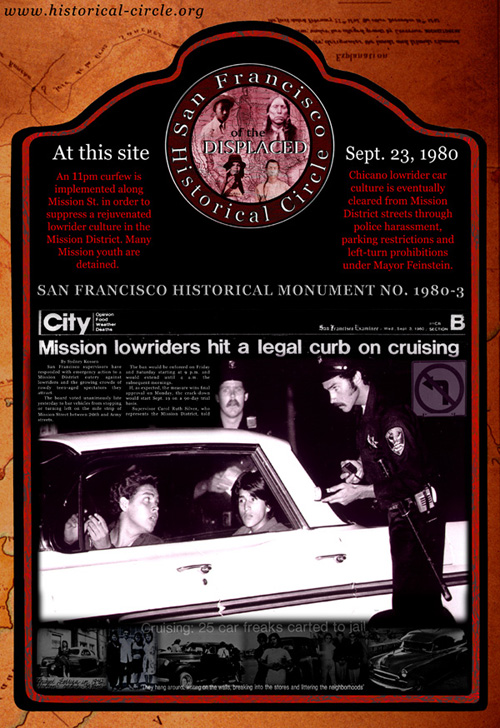 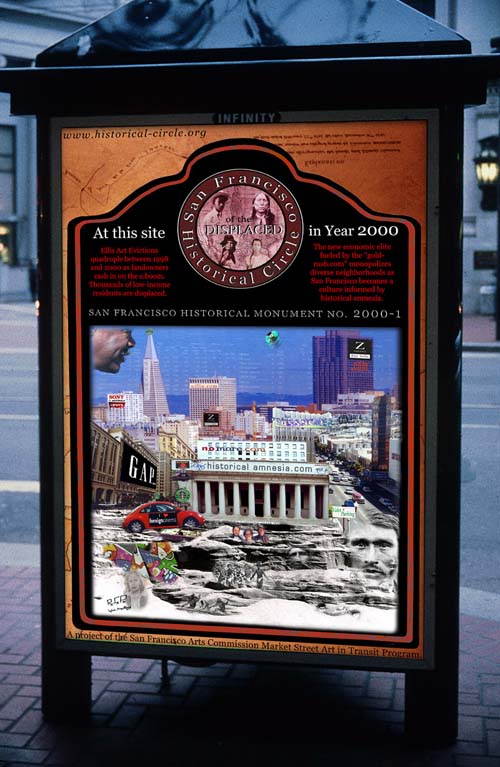 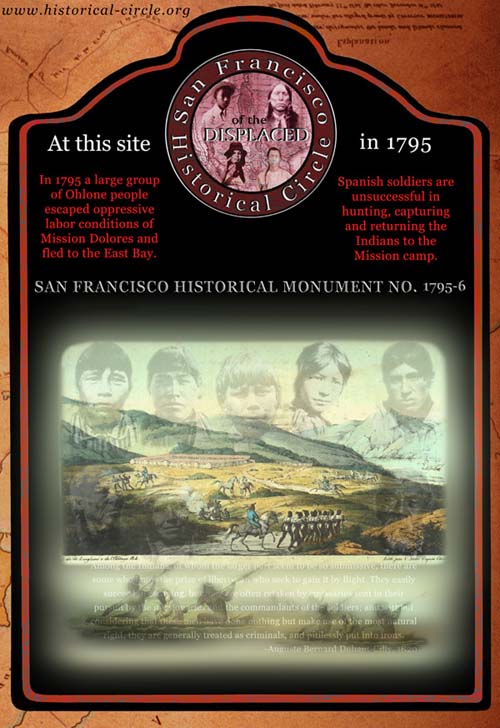 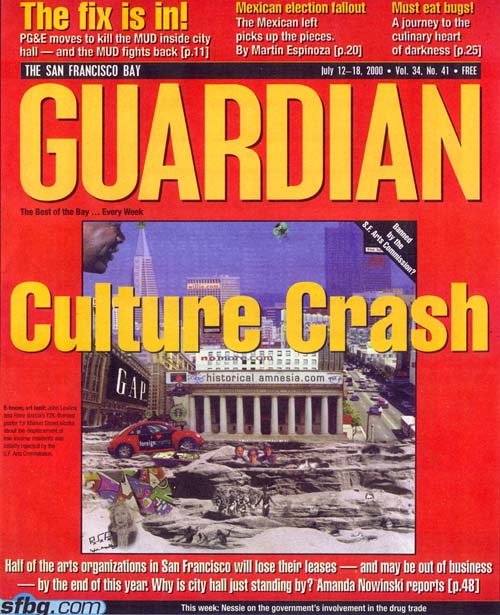 Every story of every city and every place
is due many historical circles of the displaced.

The process of preserving los olvidados (the forgotten) seeks not only to illuminate the San Francisco Bay Area’s rich history, distinctiveness and diversity, but also acts as a form of resistance against the cyclical waves of displacement, erasure and culturacide. The preservation of these historical moments ensure that counter-narratives of displacements and resistance will be kept alive and serve as a point of inspiration, historical consciousness and agency for those communities presently confronting such battles.

The San Francisco Historical Monument Series celebrates discernable historical narratives that have been disposed within San Francisco’s brief history. The present Monument series highlights six historical sites which mark moments of cultural displacement and removal of peoples from the San Francisco Bay Area. The following briefly describes the themes of the monuments:

Mission Indians
Ohlone Indians were subjected to hard labor and “conversion” at Mission Dolores beginning a cycle of colonial displacement and erasure in San Francisco.

California Indians
The “Act for the Government and Protection of Indians” of 1850 institutionalized a California Indian slave trade and indentured servitude for whites during the so-called “Gold Rush.”

Anti-Chinese Legislation
Violence against Chinese in San Francisco spurred a local and national anti-Chinese movement that culminated in 1882 with the Chinese Exclusion Act.

Japanese Internment
The internment of over 14,000 Japanese in San Francisco during World War II served as a milestone in organized round-up and removal of entire cultures.

Low-Rider Culture
Chicano low-rider culture is cleared from Mission District streets in the early 1980s through police harassment, traffic laws and, eventually, the implementation of an illegal curfew under Mayor Feinstein.

Gold-Rush.com
The economic e-boom of the late 1990s has created a Nuevo Gold-Rush.com that has tripled housing costs, quadrupled eviction rates and displaced many long-time residents of San Francisco.